About a year ago, right before Christmas, we adopted a cat. She had been found, near feral, and had been living with a foster family. When we visited her at the shelter, she was wide-eyed and skittish. But I felt very strongly that she needed us. We brought her home and she turned into a sweet, loving cat that follows me everywhere.

So we have our two cats, both with tortoiseshell fur and full of "tortie-tude." But for some reason, I started to think about another cat a few weeks ago. I'm on the shelter's mailing list and couldn't stop thinking about all the cats that deserved a good home for Christmas.

I know. I can't adopt a new cat every Christmas. But maybe just one more...

I found a beautiful four-year-old Persian cat. It's rare to see a Persian at a shelter and I loved his permanently grumpy face. I convinced Ger that we should adopt him. I pointed out that he got a new car this year and that a cat is much, much cheaper than a car.

I inquired about him but was told that another family was en route to visit him. The shelter would let me know if he wasn't adopted. The next day, his picture was removed from the list of "available cats."

I was very bummed, even though I should have known better than to get attached. We had a busy Christmas, complete with some travel and a visit from family. I put a cat out of my mind.

I began scrolling through the shelter's list of available cats again.

A beautiful long-haired black-and-white cat had been found in an abandoned building. Yet the person who rescued her said that she didn't run away when approached.

I made an appointment to visit her. She had been brought to the shelter from Kentucky, spayed, and then moved from one shelter location to another. Her nose had a scar and her ear was torn. So she'd been through some stuff.

Yet she immediately flopped into my lap with a "pet me, please" look. I knew that she belonged with us.

I didn't tell my kids that we were even thinking about a cat. This was a big change from last year. Last year, they went with me to the shelter, to see how the cat would interact with them. In hindsight, this was a mistake. Even though we ended up adopting the cat, she was very overwhelmed by three visitors. And if we had decided against her, there probably would have been tears.

So I showed up at home and announced that I had a surprise.

We asked ChatGPT what we should name the new cat (since we are total dorks like that). Our current cats are Midna the Twilight Princess and Luna Lovegood. So we wanted a name that fit with the "moon" theme. ChatGPT suggested "Phoebe" as a name. Phoebe means "shining, bright" and is also the Greek goddess of the moon. Plus, we like the tv show friends. Phoebe it is.

We're now on Day 6 and Phoebe is still working on her confidence. It's a slow dance to get a new cat acclimated to a home. But we'll get there.

I've realized how much can change in a minute. What if something happens to my sight? 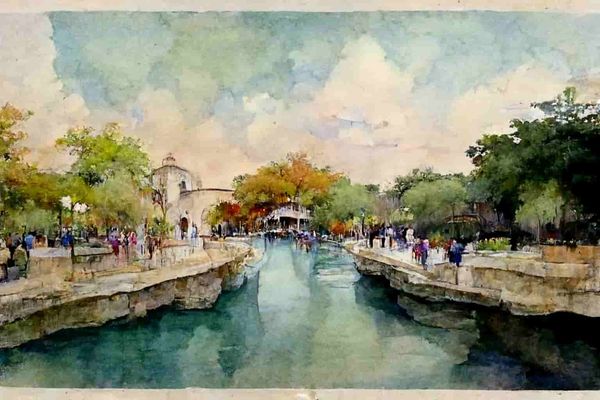 This person left a hole in my life.